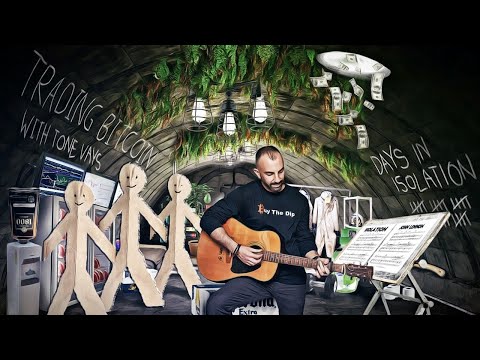 I invested in Bitreserve's B-round because I bought their argument that bitcoin was never going to be adopted massively by consumers (too volatile, slow, complicated), BUT that the time had come for I.T. to disrupt finance the way it has every other industry. They were going to be iTunes to BTC's napster. So far, so good...
But then I see this coinbase blog and volatility is falling fast (though still way too high for bitcoin to displace the more stable fiat).
That's a bit worrisome for an ardent Bitreserve cheerleader such as myself. So then I go over to check how Bitreserve is doing on their changemoney site--I've been on vacation for a few weeks and haven't been following their progress--and something really weird is happening: they've done $70MM of transactions in the last month, huge growth since offering free forex for fiat pairs, but the value in their system is only up 75% over the same period.
$70mm in transactions is tiny compared to most financial systems but it seems big when compared to BTC/USD trade volume on the big US BTC exchanges, at least if (this Blockchain.info data)[https://blockchain.info/charts/trade-volume?timespan=30days&showDataPoints=false&daysAverageString=1&show_header=true&scale=0&address=].
So what's going on at Bitreserve? Three possibile explanations occur:


1 doesn't seem very auspicious for Bitreserve since they aspire to be the hub of the new "Internet of Money", not some small fish day-trader tool.

2 or #3 would be very promising and would prove Bitreserve's thesis and value proposition (and bode well for my investment).

I contacted a Bitreserve exec I sometimes email and he responded (a bit coyly seemed to me) that all three of the above explanations were partially responsible for the explosive growth in transaction volume and the more modest growth in value in the system. He wouldn't go into details, said he'd get back to me...
Any bitcoin geniuses out there who can crunch the blockchain and Bitreserve's reservechain and offer any insights into what's going on over at Bitreserve?
I'm seriously thinking of dropping money into a cool app built on top of Bitreserve AirTM, but I don't want to throw good money after bad in the case that Bitreserve is just a BTC speculator's wet dream (free forex, real-time proof of solvency so you can't be Goxed) and isn't gearing up to put the banksters out of business the way iTunes did the record stores.
1 BTC tip to the most cogent analysis of WTF is going on over at Bitreserve.
Danke!

The Federal Reserve Joins Bitcoin Community, Mines Bitcoin On Its Server (The Cryptoverse #199)

Instead of adding these funds to my bitfinex trading account, I'm going to use this opportunity to make a tutorial video about another way to invest your Bitcoin into fiat, real-world commodities ... A former employee of the US central banking system, the Federal Reserve, was issued a fine of $5,000 and sentenced to 12 months’ probation for mining bitcoin on a Fed-owned server. BTC took a big dump over the last week. Does that mean that we are heading down to $4,000? Mark looks at the Bitcoin chart and does the technical analysis to give his perspective on the future ... Trading Bitcoin - $BTC & $SPX Hold Court, but $OIL Drops 👉 Subscribe so you don't miss the next one: http://bit.ly/2QKVDdV Check below for events and news... In today's video, I am going to share with you why bitcoin has 2 halvings this year. Also, we will discuss how this is going to impact bitcoins price and answer if a million dollar bitcoin is ...